There is been rumors of the Barcelona defender Gerard Pique cheating on his wife the pop star Shakira with one his team-mates mom. These love birds have been together for 12 years with two kids.

Gerard Piqué and Shakira have announced their separation in a joint statement:

"We regret to confirm that we are separating. For the well-being of our children, who are our top priority, we ask for respect for our privacy. Thank you for your understanding.” pic.twitter.com/3sDRFg3oYd

In other stories, the former Manchester United and current PSG player, Ander Herrera has dismissed Atletico Bilbao return. “I have admiration, respect and affection for Athletic, but I am not going there in any role and I will continue in Paris next year”, as per reports from Mundo Deportivo. He hopes to stay and fight for his position in the club.

Update on Sadio Mane. In a Senegalese press conference, When asked of his future, Sadio said, “60%-70% of Senegalese people want me to leave Liverpool? I will do what they want. We will soon see”.

Tottenham turn down chance to sign Paulo Dybala after the Argentine, 28, demanded £280,000 a week to join on 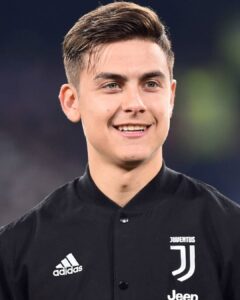 a free transfer after his contract expires at Juventus this month

The French international has shared his goodbyes with his Arsenal at the end of this season. The forward who has recorded 71 goals in 206 appearances for Arsenal and won a title with the Gunners which is the FA Cup with them in 2020. The Arsenal manager Mikel Arteta on Lacazette “Laca has been a fantastic player for us,”. “He’s been a real leader on and off the pitch and has been a very important influence to our younger players. “His commitment with us has been exceptional and we wish him and his family success and happiness.” Alexander Lacazette had a goal contribution of fourteen (6 goals and 8 assists) this season out 36 appearances for Arsenal

Official, confirmed. Aston Villa have completed the signing of Robin Olsen on a permanent deal from AS Roma for €3.5m fee.

Aston Villa is pleased to announce the signing of Robin Olsen for an undisclosed fee! ✅