Earlier this week, it came to bare that a total of 23,495 people in Ghana tested positive for HIV in the first half of this year (January to June).

This was disclosed by the Programme Manager of the National STIs and HIV/AIDS Control Programme, Dr Stephen Ayisi Addo.

But despite the alarming record, some residents of Kumasi have doubted the reality of the disease.

Speaking to Luv FM‘s Bright Emmanuel Quaicoe, some of the locals in the Ashanti regional capital said they are unfazed by the increasing number of infections.

One of the residents, in his submissions said, the disease is a spiritual disease which cannot affect them.

“It is a spiritual disease. It is not everybody who’ll contract it. Because as for AIDS, we’ve been in this township for long. But even malaria finds it difficult to attack us.

If you pray and worship God well, you will be immune. Because when a man sleeps with a woman, it makes God happy. God then sees the benefits of his creations”, he said.

Another resident added that, as far as he is concerned, a person cannot be infected if he has intercourse with a woman who wears waist beads.

“I’m actually worried. But as for AIDS, I think that if you sleep with a girl who wears beads, you won’t be infected. So I think we should treat is as a normal disease. Every woman should wear beads to reduce the rate of infections”, he said.

Meanwhile, the Director General of the Ghana AIDS Commission, Dr Kyeremeh Atuahene, has urged persons living with the Human Immuno-deficiency Virus (HIV) not to shy away from treatment.

He said this in an interview on JoyNews‘ The Pulse on Thursday,

He added that, all HIV-related services in the country are free, and that patients are not required to make any payments.

He also noted that “HIV drugs are available in more than 5,000 health facilities starting from teaching facilities, Regional Hospitals, several polyclinics and health centers and can be accessed for free”. 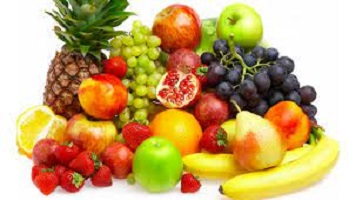